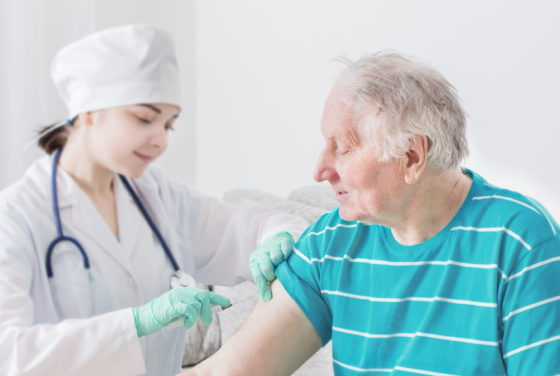 The government has had to revise its vaccination figures for the second day in a row after more than 17,000 injections turned out to have been counted twice.

Health minister Hugo de Jonge asked for the confirmed figures to be replaced by a ‘best estimate’ on Sunday, arguing that hospitals and long-term institutions were ‘underreporting’ their numbers.

It sparked a row between the health ministry and the national acute care network LNAZ, who called De Jonge’s statements ‘blatantly untrue’. The effect of the new measure was to add 120,000 vaccinations to the total, giving the Netherlands the fifth worst rather than the second worst record in the European Union, with just over 2% of the population covered.

‘The origin of this mistake lies in the fact that these vaccines were delivered initially to hospital pharmacies, which have been helping with the logistic process.’

Around 26,500 medical staff have received their second dose, the LNAZ said on Tuesday.

The counting process is made difficult by the fact that the figures come from three separate sources: local health boards, hospitals and long-term care facilities. The official number of vaccinations is now 343,881, including an estimated figure of 95,826 for care institutions.

The calculation is based on the public health agency RIVM’s records of when vaccines are delivered and the fact that they must be used within three days. It also assumes that 5% of doses are wasted.

The RIVM has urged care homes to try to minimise waste by not throwing away surplus vaccines. Many placed their orders before the agency revised its guidance to allow six doses to be taken out of every batch rather than five.

But some carers have reported that they have not been allowed to receive spare vaccines because of administrative problems. Kees Nobel, whose brother lives in a care home in Rotterdam, said: ‘When I heard there were vaccines left over I stepped forward, but as a carer I wasn’t allowed to have a vaccine. Only residents, staff and volunteers.

‘They couldn’t process the paperwork and I wouldn’t get a vaccine certificate. I was enraged when I heard the manager of the home say they had no alternative but to throw the excess vaccines away.’

De Jonge has promised to work through the stockpile of vaccines and close the gap on the rest of the EU by the end of February. Currently there are 1.3 million doses in storage in the Netherlands, with a further 1.1 million due to be delivered by the middle of March.

Thank you for donating to DutchNews.nl

The DutchNews.nl team would like to thank all the generous readers who have made a donation in recent weeks. Your financial support has helped us to expand our coverage of the coronavirus crisis into the evenings and weekends and make sure you are kept up to date with the latest developments.

DutchNews.nl has been free for 14 years, but without the financial backing of our readers, we would not be able to provide you with fair and accurate news and features about all things Dutch. Your contributions make this possible.

If you have not yet made a donation, but would like to, you can do so via Ideal, credit card or Paypal.

Great-grandmother beats coronavirus after five months in hospital and rehab