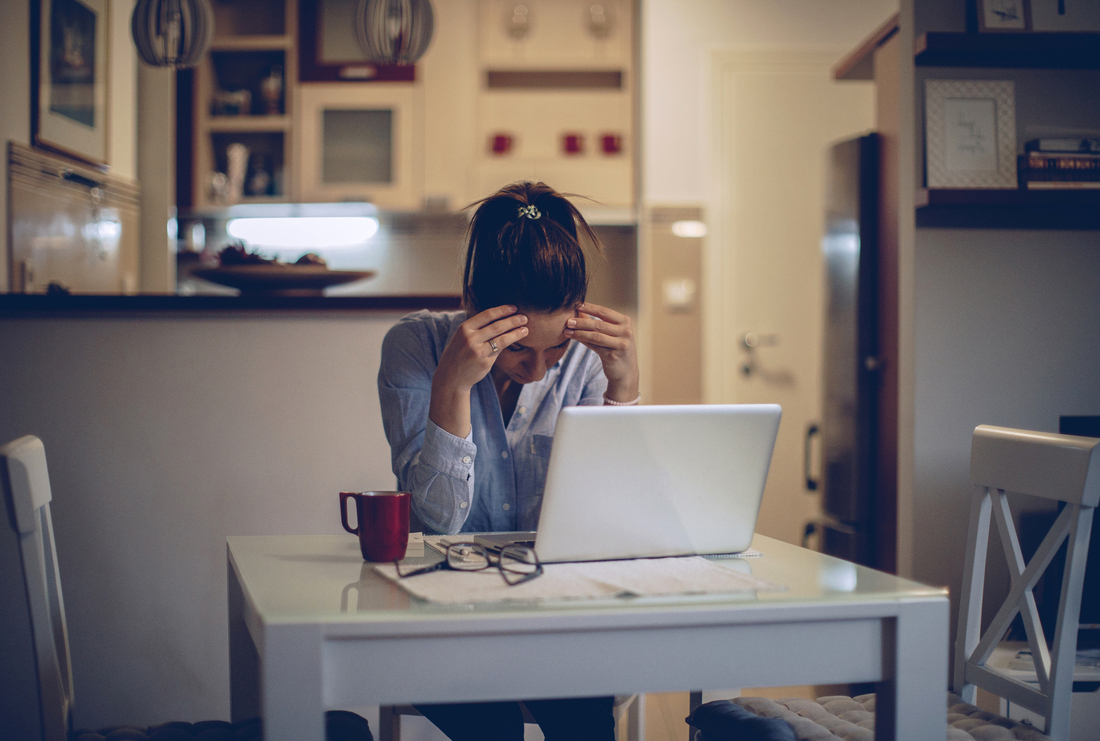 As millions of Americans have lost their jobs, Congress is trying to figure out what to do to help those who have also lost their health insurance. 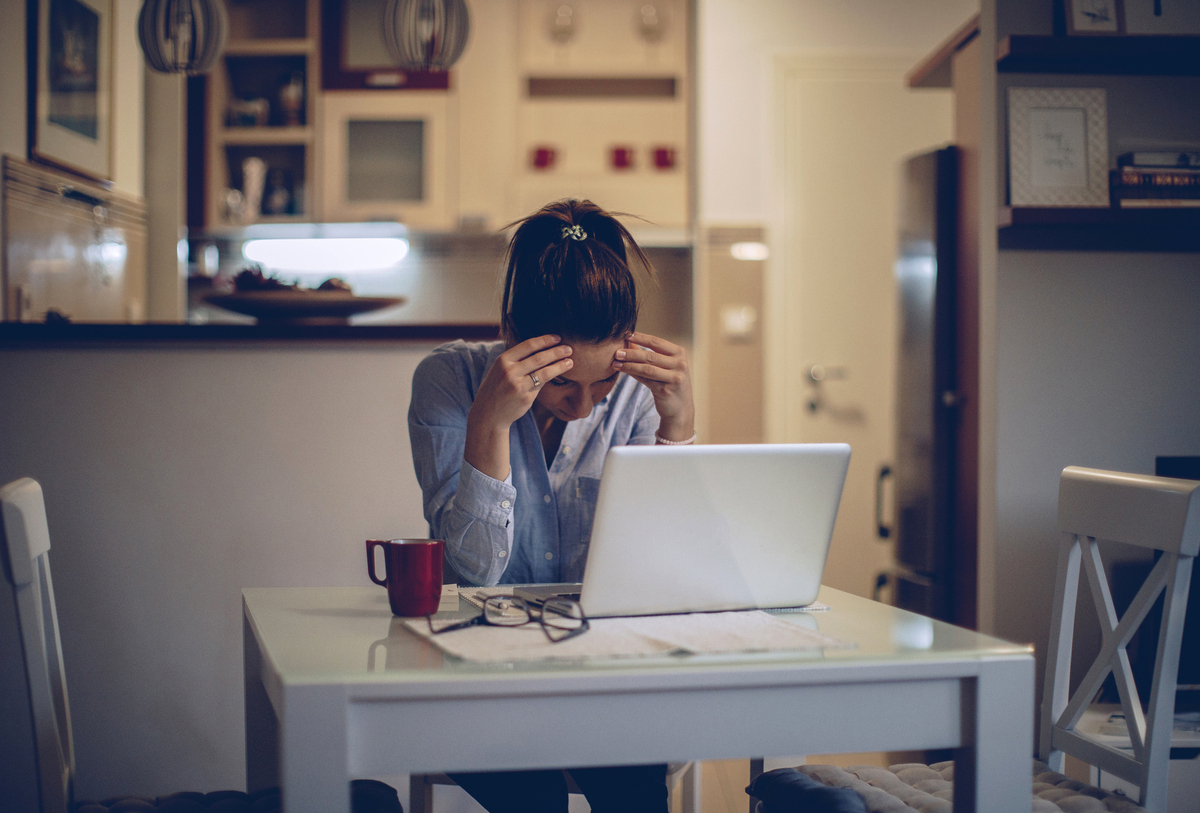 As millions of Americans have lost their jobs, Congress is trying to figure out what to do to help those who have also lost their health insurance.

Mayra Jimenez had just lost the job she loved — and the health insurance that went along with it.

The 35-year-old San Francisco server needed coverage. Jimenez has ulcerative colitis, a chronic condition. Just one of her medications costs $18,000 per year.

“I was just in panic mode, scrambling to get coverage,” Jimenez said.

A recent estimate suggests the pandemic has cost more than 9 million Americans both their jobs and their health insurance.

“Those numbers are just going to go up,” MIT economist Jon Gruber said. “We’ve never seen such a dramatic increase in such a short period of time.”

House Democrats introduced a bill in mid-April to help the millions of people, like Jimenez, who find themselves unsure of where to turn.

The Worker Health Coverage Protection Act would fully fund the cost of COBRA, a program that allows workers who leave or lose a job to stay on their former employer’s insurance plan. COBRA currently requires workers to pay for their entire premium, including their employer’s share.

The Worker Health Coverage Protection Act is one bill being considered as Congress tries to figure out what to do about the very real health care gap for those millions who have lost their jobs. Sponsors of the COBRA legislation say they hope their plan gets rolled into the next relief bill. But it’s unclear when, how and whether the problem will get addressed in upcoming coronavirus relief measures.

Jimenez learned COBRA would run her $426 a month.

“I was kind of shocked to hear the number,” she said. “That’s almost half my rent.”

The idea of allowing laid-off workers to stick with their coverage at no cost in a pandemic has clear appeal, says Gruber.

But he warns, “COBRA is expensive, and for many employees, it won’t be there.”

Only workers who get insurance through their employer are eligible for COBRA, leaving out more than half of the 26 million who have lost jobs in the last few weeks. Many of the industries hit hardest by COVID-19, including retail and hospitality, are among those least likely to offer employees insurance.

And even if someone had insurance through work, the person loses COBRA coverage if the former employer goes out of business.

Funding COBRA costs, federal dollars also wouldn’t go as far as they could. Unpublished Urban Institute estimates show that an employer plan costs, on average, about 25% more than a Gold plan on the Affordable Care Act exchanges.

“We need to be all hands on deck, spending whatever we can to help people,” Gruber said. “But that doesn’t mean we shouldn’t be thinking about efficient ways to do it.”

Congress has tried this move before. In response to the Great Recession, lawmakers tucked a similar COBRA subsidy into the massive stimulus bill a decade ago. That legislation paid for 65% of COBRA premiums, leaving laid-off workers to cover the rest.

First, only about 30% of eligible workers even knew the subsidy existed.

“For those that were aware,” Berk said, “their overwhelming response was that COBRA was still too expensive.”

At that time, the average premium for a single worker — even with the subsidy — ran about $400 per month for a worker with family coverage.

“When you’re actually facing those choices, choosing between rent and food and other bills,” Berk said, “that COBRA bill looks quite high.”

Berk’s team also discovered that people who reported using the subsidy were four times more likely to have a college degree and a higher income than those who passed on it. In other words, Berk found that the COBRA subsidy was least helpful to those with the greatest need.

Several economists, including Gruber, and some Democrats in Washington are kicking around alternatives to COBRA. Among their ideas is a plan to have the federal government pick up more of a person’s premium and other expenses on the Affordable Care Act exchanges. Another proposal would extend ACA subsidies to people who earn too much to qualify for any aid and to lower-income people who live in states yet to expand Medicaid.

Compared with funding COBRA, beefing up ACA subsidies could potentially help millions more people, including the pool of laid-off workers who did not get health insurance from their employer.

The ACA ties subsidies to people’s income, giving more help to those at the bottom end of the wage scale and spending less on those who are better off. In contrast, the current COBRA plan would cover 100% of COBRA for everyone, regardless of the person’s income.

There are some downsides to this approach. Making ACA subsidies more generous could end up costing the federal government more overall, because it gives more help to a lot more people.

Chris Holt from the American Action Forum, a conservative think tank, points out that the ACA already increases federal support when people’s earnings fall and questions how much more of the tab Washington should pick up.

“If that subsidy would have been good enough for someone six months ago, why is it not good enough now?” he asked.

Maybe the biggest challenge to building on the ACA: The 10-year-old law remains a political football.

“There’s just so much both emotion and, frankly, bitterness tied up in debates,” Holt said, adding that this makes it hard to move anything forward.

Holt notes that COBRA is not free of political hang-ups either. He expects a fight over whether subsidy money can be spent on employer plans that cover abortion services, for example.

Holt and Gruber agree that perhaps the easiest idea is to leave the ACA alone with one minor tweak: allow people to take the ACA subsidy they’re already eligible for and use it on COBRA if they choose.

As for Jimenez, she did not have time to wait for Congress. She brought in too much from unemployment to qualify for Medicaid. And she couldn’t afford COBRA, so she picked out a plan on the ACA exchange, where she’s eligible for generous existing subsidies. It will cost her $79.17 per month, and she gets to keep her doctors. Not everyone does.

This is the first time she has ever purchased insurance on her own, rather than gotten it through work — and that has delivered one other unexpected benefit.

“Freedom,” Jimenez said. “It feels so freeing to take charge of my health care and to know that no one can take this away from me. I don’t have to rely on a job to give me what they want to give me. I can make my own choices.”

Policymakers, providers, employers and health-industry executives have been fighting over whether the United States should tie insurance to work since the end of World War II.

Subsidizing COBRA preserves the status quo, while doubling down on the ACA might just start to drive a real wedge between work and health insurance.

As states begin reopening businesses, some laid-off workers will get back their jobs, as well as their insurance. But many will remain unemployed and uninsured. A decade ago, faced with the same challenge, Congress chose to subsidize COBRA. It proved to be a narrow solution with limited impact.

Lawmakers now have the ACA at their disposal, a tool that may be a better fit for this moment. Whether they choose to use it may be a choice grounded more in political realism than policy idealism.

Dan Gorenstein is the creator and co-host of the Tradeoffs podcast, and Leslie Walker is a producer on the show, which ran a version of this story on April 23.

Some major Army programs slip due to coronavirus effect