What is happening in India right now is extremely counter-intuitive. At the same time, we have to keep in mind what has happened in countries like Brazil, the UK or New Zealand. Many such countries had experienced a prolonged lull in the past, extending for several months, when very few cases were discovered. So much so, that a country like Spain opened up almost completely last year, before being forced to shut down again. What we have seen in these countries is the emergence of newer variants, newer mutants of the virus.

The likelihood of these mutants coming into India, or emerging within India, is very high. I might go to the extent of saying it might be inevitable, even though I hope it does not happen. We need to emphasise more than ever before that this is not the time to let our guard down. This is also a very good window period to immunise as many people as possible.

Why does the risk of emergence of a new variant remain?

That is because mutation, or changes in the genetic make-up, is a very natural, random and inherent process. And we already have evidence for some mutations of this virus circulating in Indian population as well. As of now, these mutant strains have not been very dangerous, but that does not mean more dangerous variants will not emerge. Also, because we have not done enough genome sequencing in the Indian population, we cannot rule out the possibility of some undocumented mutations already circulating in India.

Why should the emergence of new variants worry us?

We are concerned with two main characteristics in any new mutant of the virus — whether the mutation makes it more transmissible, and whether the new variant is able to evade the immune response acquired either through natural infection or through vaccination. Enhanced transmissibility would mean that more cells are affected by the virus. It may or may not result in enhanced severity of the disease. On the other hand, the ability of the new mutant to evade the immune response is likely to make the infected person more sick.

In India, mutations that increase transmissibility have been circulating for some time. Those that are able to dodge the immune response have not been found yet in the Indian population but these cannot be ruled out. For example, one particular mutant, called E484, has been found in at least one genome sequence developed from an infected person in India. This mutant was first reported in Brazil. There is strong evidence to suggest that this E484 mutation might help the virus in evading the immune response. As of now, we do not have adequate data to estimate how prevalent this mutation might be in the Indian population. 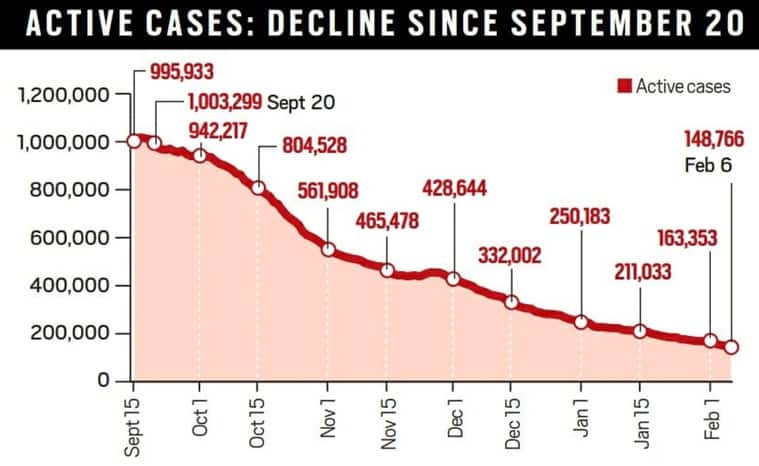 What kind of mutations are more prevalent?

Some changes in the genetic make-up of the virus could result in a change in the structure or function of associated amino acids, while others do not. Accordingly, they are described as silent or non-silent mutations. A non-silent mutation, in which the structure or function of a related amino acid gets changed, are the ones that are effective. Such mutations also offer selection advantage to the new variant, particularly in circumstances where the mutation is forced in any particular direction due to external pressures, like vaccination. These non-silent mutations are meant to strengthen the variant’s ability to propagate and are, therefore, expected to be more prevalent.

What does your own research on this show?

My group at ACTREC–Tata Memorial Centre, comprising of computational biologists Sanket Desai, Aishwarya Rai, Sonal Rashmi among others, has tried to study the prevalence of new variants of SARS-CoV-2. We went through more than two lakh genome sequences of the virus, reported from around the world, and found over 2.58 million mutations in these sequences. We found that more than 51% of these were non-silent mutations. The data showed that on an average, every genome sequence contained 6.6 non-silent mutation and five silent mutations. This is known as mutation rate.

It is not that such an exercise has not happened earlier. But the number of genome sequences surveyed was much smaller. Ours is the most comprehensive such study till now. The mutation rate found in our study would be the most accurate. It tells us that every time the virus is transmitted from one individual to another, these many mutations are likely to have occurred in its genetic make-up.

We have also identified hotspots in the genome sequences. These are regions in the sequence that are most prone to mutations. Typically, if a particular region is found to have mutations in more than 40,000 sequences, it has been identified as a hotspot. Tracking the hotspots can provide us with a better understanding with the kind of mutations that can be expected, and their likely impact on the transmissibility or potency of the virus. Interestingly, we found unexpectedly high number of silent mutations in these hotspot areas. If the silent mutations are recurring more frequently than expected, they might not be as benign as earlier thought. This could be an interesting area for further exploration.

Unfortunately, we have not been able to identify any hotspot areas in genome sequences collected from Indian patients. That is because, of the more than two lakh genome samples we studied, only about 3,300 were from India. But the hotspots identified for the total sequences were found in several Indian samples as well. In the Indian samples, more than 35,000 mutations were found. On an average, 5.17 non-silent mutations and 4.39 silent mutations were found in every sample.

Why have more genome sequences not been produced in India?

This is one area where we have lagged behind. Given the size of the Indian population and the number of infection cases we have, we should ideally have done hundreds of thousands of genome sequences by now. But we seemed to have done barely about 6,000. Of that, about 50% were not available because they are not in the standard format or were still under processing. So, we had to rely only on about 3,300 samples that were available in the global database.

In fact, our group also developed a computational tool, called ‘Infectious Pathogen Detector’, that will make it easier for researchers to report genome sequences in a standardised format. This tool enables data of over 1,000 pathogens to be reported, and there is a special module for SARS-CoV-2 keeping the current needs in mind.

Going forward, it is extremely important to step up the genomic surveillance to look out for newer variants of the novel coronavirus in India. Right now, we do not seem to be doing enough to identify viral variants. That is why the risk for the emergence of new variant is very high. It is important that every such mutation is detected early, and infected people isolated. Quarantine methods are most effective at the early stage.

The Expert
Dr Amit Dutt is a scientist at the Advanced Centre for Treatment Research and Education in Cancer (ACTREC) at the Tata Memorial Centre in Mumbai. His laboratory focuses on understanding genetic changes in human cancer cells and how they can help develop effective targeted therapies. A Shanti Swaroop Bhatnagar awardee, Dutt, along with colleagues, recently published a paper on the genetic mutations across the world in SARS-CoV-2.

Coronavirus: Alarm in Vietnam after first cases in months